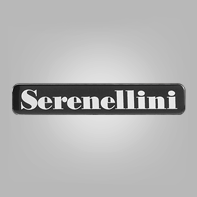 The company Serenellini is a small handicraft firm located in Loreto, a beautiful town near Castelfidardo.

Earlier in his career Mr. Luciano Serenellini, the owner, worked in a company producing accordion toys. Gradually, however, he began to get the desire to build a professional instrument, and this led him to follow his friends, other accordion makers and to observe them carefully during the various manufacturing stages.

His strong enthusiasm and his brilliant ability to produce a quality instrument led him to open a small business in 1978.

At first Mr. Luciano began working as a sub-contractor for different companies in Castelfidardo but soon his creativity had the upper hand by creating his own line with the brand Serenellini.

Very soon he decided to take part in the German exhibition in Frankfurt “Musikmesse” to raise awareness of its products. Hence, year after year, the Serenellini brand was known and appreciated in Europe as well as in the United States.

Today Serenellini’s products are very popular in many countries such as: the Netherlands, Germany, Great Britain, Ireland, Scandinavia, Switzerland, Croatia, the United States and many others. We export a wide range of piano, button, diatonic and convertor models.

Today as always each Serenellini’s product is entirely made in Italy, using only the best Italian materials with the utmost attention to all details.

Thanks to the constant cooperation with specialized collaborators, Serenellini offers its customers the highest guarantee of reliability.