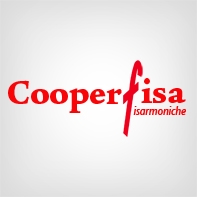 During the war and other worldwide developments, many of the old accordion shops of Verselli had to close because the request went down depending on the crisis of the international markets. The diffusion of the accordion went down during the crisis in the Sixties.

The only company that succeeded to survive was Coopé Armoniche with just three workers.

In 1981 Pancrazio Aichino and Emiliano Roviaro decided to push up the potential of activity and to employ young workers who were coming from schools of professional preparation for artistic work. The project was not easy but step by step, slowly the young ones learned the art of construction.

In this way the old and till that moment neglected markets of the accordion gained new importance. Passing on the enthusiasm old and new client began to appreciate the new range of products.

The company is being changed into Cooperfisa, abandoning the old structure of the accordion and is regaining slowly its important placement on the international market, where the name and the origin (the never missing letters “Verselli – Italia” in pearl) are reknowned in Germany, France, Portugal and Brazil. The aim of production is to offer a range of products which strictly respect the old tradition of the art and the unique sound of the instrument. The same importance is given to the adaptation of the instruments to the needs of the professional musicians, who often wish for an instrument which is light and compact but is able to produce the same identical volume of the sounds of the old and heavier instruments of the first part of the century.

See all accordions of the series
Other manufacturers from Italy →