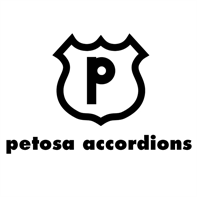 The year was 1922. The man, Carlo Petosa, began something that simply will not stop. Undoubtedly, he did not know that he was destined to begin a legacy that would pass to his son, Joe, Grandson, Joe, Jr and Great Grandson, Joe III who would continue to carry on the same tradition spanning nearly a century of accordion manufacturing. As a child in Italy, Carlo loved the accordion. He recalls, “I was crazy about accordions, and I was determined to have one. My father said, “no, they cost too much.” We argued frequently about this until finally with the first money I earned, I bought one. At the age of 16, Carlo immigrated to America, he settled in San Francisco where he served as an apprenticeship at the Guerrini Accordion Company, learning every aspect of accordion manufacturing.

When Carlo had learned every aspect about accordion building, he decided to start his own business. So, in the basement of his home in Seattle, WA, he single-handedly devoted himself to the task of constructing high-quality instruments. Imagine him in these humble surroundings, hunched over his workbench, completely absorbed in his work and totally oblivious to everything and anything else. Here, he meticulously and painstakingly measured, hand-cut, sawed, shaped, and formed pieces of wood, metal, and celluloid which were miraculously transformed over several months into beautiful hand-crafted accordions of the highest quality imaginable during this era. He had no assistants; he was a one-man operation. Just how many accordions he built in this way will never be known. We know, however, that many of these accordions are still in sound, playable condition today and available to be seen at the Petosa Accordions Seattle headquarters, part of a collection on display of dozens of early 19th and 20th century accordions.

Carlo Petosa’s son, Joe, helped in every aspect of the business. Joe began playing the accordion at age 10 under the tutelage of Joe Parente and Anthony Facciuto. By age 12, it became apparent that Joe could become a serious musician. But, he also had a keen interest in learning to build accordions, and his father was eager to teach him the trade. Joe recalls that he was faced with a difficult decision, as there was not time for accordion lessons and hours of practice if he wanted to devote himself to learning the complex trade of accordion building. Joe made the difficult choice to follow in his father’s steps, focusing on the art of building accordion rather than playing them as a career. Reflecting on this choice, Joe has come to the conclusion that in reality he had little, if any choice: “My brother became a school teacher and my sister got married: so, I was left to join the family business. “ But, regardless of the reason, we can be sure that Carlo was pleased that his son, Joe, made the eventful decision.

The Petosa Accordion Company is located at 313 NE 45th St., in Seattle, Washington. It has been at this location since 1955 when Carl and Joe moved from the small shop where the firm had its original beginnings. They also had the foresight to expand the business in 1945 by starting a partnership with a factory in Castelfidardo, Italy known as Zero Sette. In Seattle, Carlo and Joe continue to build and refine the Petosa professional artist model accordions. While the Factory in Italy built all Petosa student models, later manufacturing the same high quality that goes into every Seattle built Petosa Artist Model. When the instruments arrive from the Italian factory, they are taken apart and thoroughly checked in order to maintain the stringent quality and to ensure every instrument with the name PETOSA on it is in perfect condition before delivery to the customer.

As in the early days, it still takes a year or longer to build an accordion. Says Joe, “you can’t hurry quality.” The time involved in making each accordion makes high quantity production impossible. The wood used in the instruments must first be aged years before it is ever cut and shaped into accordion pieces. After a case is glued up, it must dry, age and season another 6 weeks. “A quality accordion is like a violin. You can’t just stamp one out, making one on an assembly line.”

A PETOSA accordion begins its life as a seasoned mahogany veneer box which is then covered by hand with burnished celluloid and filled with some 4000 + handmade parts. The parts, being handcrafted are not basically interchangeable from one instrument to another. The keys are not simply molded plastic, but rather, they are made with fine walnut wood that is lighted, shaped, and polished to a glowing hue. Some models have a sound chamber engulfing two banks of reed sets that is varnished to mirror sheen. Indeed, the interior finishes gleam, indicating fine craftsmanship. With moderate care, an accordion of this quality will definitely outlive its owner or the craftsman making it. The top-of-the-line professional PETOSA models were individually custom made by Joe, Joe, Jr and their long-time assistant, Giuliano Bugari, a master accordion builder who came over from Italy to help in the company. Today, the professional model accordions start at $7,000 and range up to $36,000 for their Concert Series Bayan Free-Bass models.

As stated by current Zero Sette President Mr. Alessio Gerundini, “Zero Sette has become one of the leading accordion manufacturers in Europe, it is because of the high quality demand of the Petosa Family that has always pushed us to go one step ahead of all other competitors.” Mr. Gerundini believes that, “Zero Sette accordions, being one of the finest accordion manufacturers in Castelfidardo, can’t really be compared with a PETOSA accordion in general and by far not with a PETOSA AM-1100 which is really a ‘state of the art’ in the accordion world.” The PETOSA “AM” models are made with the finest selected woods, the box and reed blocks are made with the addition of finest mahogany and walnut woods, the inner part of the box is covered with special Luther making varnish, the bass mechanism cover plate is covered with special wood layer, bass mechanic parts are all chromed, treble keyboard valves made with special felt (same as Steinway uses for grand pianos), there are dozens of other special features that make the PETOSA “AM” models unique and that’s why they are considered a reference for all accordion producers. In addition to that on the AM-1100 you have a unique 100% American walnut keyboard and the very best quality hand made (a mano) reeds and special made genuine reed leathers.

If Great Grandfather Carlo Petosa were still alive, he’d be proud of the accomplishments of his son, Joe, and his grandson, Joe Jr, and great grandson Joey III. This company has indeed flourished, even in otherwise unfavourable circumstances for the accordion industry. The artists who play a PETOSA are proud to do so and are thankful to this Seattle family for its dedication and insistence on quality. Of course, over the years, some things have changed dramatically, such as, better materials, sophisticated and up-to-date tools and equipment, and highly refined methods and expertise. But, the original pioneering spirit and the truly insatiable desire for optimum quality and enduring excellence is still the basic credo-the long-sought dream of its founder, Carlo Petosa. Now, it is no longer a dream; the dream is a manifest reality. The legacy left by Carlo Petosa has continued for four generations, and it will undoubtedly continue for many generations to come in the remarkable Petosa family.

Other manufacturers from USA →