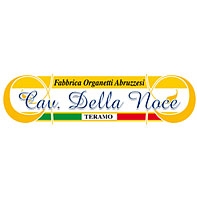 Our tradition in the construction of diatonic button accordions has time-honoured origins.

The business officially began in 1925. The founder, Loreto Della Noce, after having worked for some years in accordion factories in Philadelphia and New York founded his own factory in Penna Sant'Andrea.

The traditions of this business have been passed on from father to son, right up to the present day, from Loreto Della Noce to his son Giuseppe, to his son-in-law Gianni Falconi, the current owner of the company.

Today's production of accordions is faithful to the working methods of the past. All the necessary components for the instruments are made by hand. As a result each accordion represents a one of a kind piece.

The current factory is located in Teramo, Italy, and is equipped with an integrated joinery for the production of all the wooden parts, the subsequent assembly and finishing.