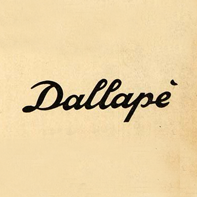 The “Fabbrica Armoniche Mariano Dallapé e Figlio” company was established in Stradella (Pavia) by Mariano Dallapé in 1876. Mariano was born in Brusino di Cavedine (in the South Tirol region, which belonged to Austria at that time) in 1846. He was just 20 years old when he left his home region and came down to Italy to seek his fortune. He found a job in Genoa as a stoker miner working at the harbour, which was extended in those years.

He was injured by a mine explosion, which made him unable to work and caused him to hobble. He was then forced to sadly go back to his home region. Fortunately he always kept his Austrian old and primitive diatonic accordion (“organetto”), which he could skilfully play. His masterful performances in the various courtyards and inns he found while going back home enabled him to scrape together a little money for some food and a bed to sleep overnight.

While he was in Stradella his faithful friend, namely his organetto, happened to leak air because some metallic devices inside got broken. He was saddened by this fact but he did not lose heart and tried to repair it by himself. He managed to repair it so well that he finally got a nearly new instrument with an even more refined sound. It was like a miracle! Mariano, however, did not content himself with only this. He was eager to develop some ideas he got while repairing his instrument that could satisfy some of his needs as a musician. So, he worked out the idea of a new instrument bearing some new solutions that could produce a richer sound if compared to the few accompaniment voices featured by his old Austrian Harmonika.

He achieved an extraordinary result that is praised all over the world. Italy’s Music Encyclopaedia concludes the explanation of the entry “FISARMONICA” (accordion) by stating: “… in Italy the most important person who, thanks to his genial intuition, managed to change the archaic organetto into the more powerful and complex accordion instrument is Mariano Dallapè, who came from the Trentino region but chose Stradella as his adoptive home town.”

The Dallapé family has always been the only owner of the factory established by Mariano. His successor was his son, Onorato Amleto, who was as extremely talented as his father but he died in the same year as his father (1928). His nephew Giuseppe, the son of Mariano’s brother, took care of the accordion factory and brightly contributed to preserve and expand the prestige of the Dallapé family. Since 1969 the traditional family business was taken up by Giuseppe’s three sons: Mariano, Amleto and Fabio.

Other manufacturers from Italy →